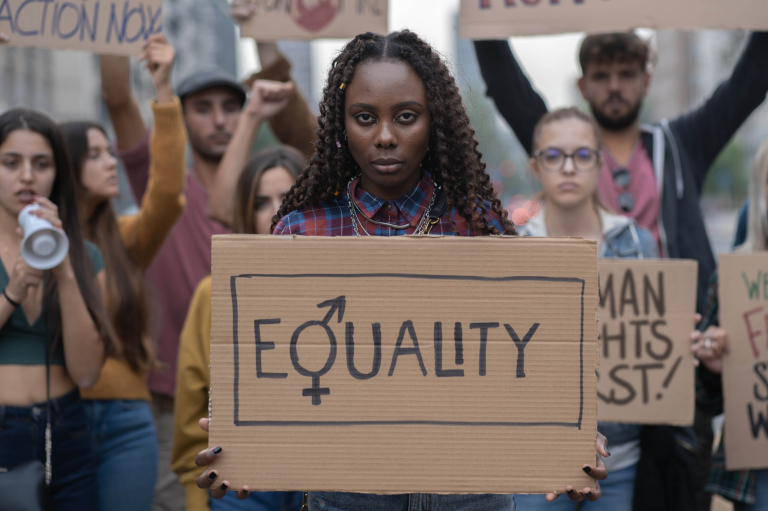 INDIANAPOLIS (WFYI) – Cars circled two full blocks of downtown Indianapolis Saturday as part of protest to support transgender students. The demonstration was in response to the Catholic Archdiocese of Indianapolis’s new policy banning transgender students from their schools. The guidance from the Archdiocese says if a student or parent works to “legally change the students ‘gender’ or chemically or surgically alter the student’s given biology”, the student will be requested to withdraw from the school.

Katie, who didn’t provide her last name to protect the identity of her daughter, said that now excludes her family.

“Lizzie will be a freshman in the fall, and is unable to go to the school my siblings and I attended. This is the school where she was baptized, received her First Communion, and Reconciliation,” she said.

The event was organized by Shelly’s Voice, and joined by several other LGBTQ organizations in Indianapolis.

Former Roncalli guidance counselor Shelly Fitzgerald says the policy is “devastating” for transgender Catholic students who now don’t know what school they’ll attend for the fall, or if they choose to attend a Catholic school, how they’ll be received.

“And this isn’t just a singular event that is happening in the world. I mean, this is happening all over the place and we need to protect our trans population and specifically our trans youth,” Fitzgerald said.

More than 60 schools across 39 counties are operated by the Archdiocese.